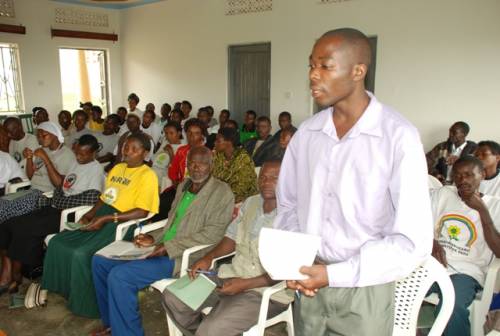 Conducting advocacy is an essential part of introducing community-based access to injectables (CBA2I). Advocacy can help gain buy-in at national and local levels, identify potential partners, and generate support. There should be combined support from the Ministry of Health, donor community and implementing partners for the program to be successfully implemented.

This tab contains a range of tools that can be used to support advocacy efforts around expanding CBA2I. The comprehensive Advocacy Guide outlines six steps for CBA2I advocacy, while the shorter Community Health Worker Provision of Injectable Contraceptives: An Effective CBA2I Strategy contains a series of six targeted advocacy resources with information on safety and effectiveness of the provision of injectables by community health workers. The four briefs in this series can be used together or individually to help answer common questions and provide background information on the practice. The map depicting the expansion of CBA2I initiatives in sub-saharan Africa can be used as a stand-alone tool to illustrate how the practice has been scaled up throughout the region. The widely-endorsed brief on the conclusions from the WHO technical consultation, as well as the set of advocacy briefs, can be powerful advocacy tools, particularly for high-level decision makers.