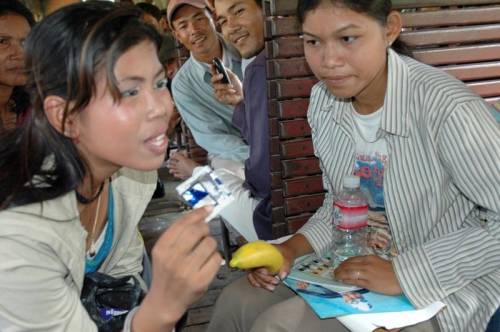 In Asia, nearly five million people are living with HIV today. In much of the region, HIV prevalence is largely concentrated among populations considered most at risk of HIV: people who sell sex, people who inject drugs, and men who have sex with men. In many Asian countries, condom use during transactional sex is low, putting not only the two people involved in the transaction at high risk but also affecting their other partners. Amfar reports that as of 2013, women comprise 35% of people living with HIV in Asia and that marriage is often the biggest risk factor for women.

A number of Asian countries have led successful large-scale HIV prevention programs that focused largely on promoting condom use. However, prevention efforts often neglect the needs of most-at-risk populations and their partners. The rising HIV prevalence in a number of Asian countries makes it clear that more needs to be done to promote safer practices such as correct and consistent condom use.

The materials in this section of the Condom Use Toolkit share policy implementation and programmatic experiences in Asia and the Pacific. These documents highlight common barriers, evidence-based approaches, success stories, lessons learned, and recommendations for building and strengthening condom policy, programs, and promotional efforts in this region.