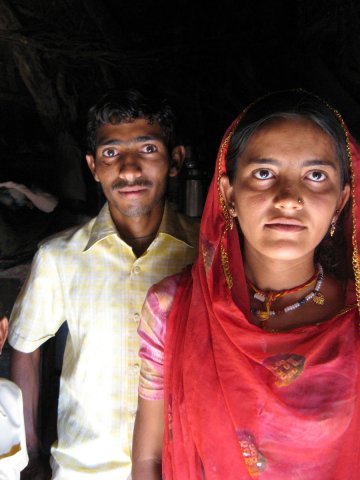 Early marriage, or child marriage, is defined as the marriage or union between two people in which one or both parties are younger than 18 years of age. The Universal Declaration of Human Rights recognizes the right to “free and full” consent to a marriage, acknowledging that consent cannot be “free and full” when one of the individuals involved is not sufficiently mature to make an informed decision about a life partner. Nonetheless, in many low- and middle-income countries, particularly in poorer rural areas, girls are often committed to an arranged marriage without their knowledge or consent. Such an arrangement can occur as early as infancy. Parents see marriage as a cultural rite that protects their daughter from sexual assault and offers the care of a male guardian. Parents often feel that a young girl is an economic burden and therefore wish to marry off their young daughters before they become an economic liability.

The State of Policymaking

In countries in South Asia, sub-Saharan Africa, and the Middle East, policy makers recommend enforcing existing laws about age at marriage and implementing programs to delay marriage. Gaining the commitment of law enforcement agencies in countries with a high prevalence of early marriage is important. Greater involvement of teachers and school administrators, health officials, and other authorities is critical in helping girls resist parental and social pressures to marry early.

In the wake of the Universal Declaration of Human Rights in 1948, several international treaties and agreements have followed to eradicate early marriage to protect the human rights of children. The 1962 Convention on Consent to Marriage, Minimum Age for Marriage, and Registration of Marriages establishes minimum marital ages and requires the registration of marriages. Building on that treaty, the 1979 Convention on the Elimination of All Forms of Discrimination against Women (CEDAW) states that “the betrothal and the marriage of a child shall have no legal effect, and all necessary action, including legislation, shall be taken to specify a minimum age for marriage and to make the registration of marriages in an official registry compulsory.” CEDAW also states that the marriage of a girl is not an official marriage, because the girl is not an adult who can freely and fully consent to the union. This declaration was re-emphasized by the Convention of the Rights of the Child in 1989.